Manju Kapur is perhaps one of those few writers in modern India, whose stories can convey and express, some of the most complicated human emotions in a beautiful simplistic prose. Home is another one of Manju Kapur’s masterpieces, others being – Difficult Daughters, A Married Woman, etc. In what has become characteristic Manju Kapur style, Home is a tale which weaves an enchanting tale of survival and hope from a host of complicated and often disturbing themes ad sub- plots.

The narrative of the book is built around the life and experiences of Nisha, the only granddaughter of a traditional, merchant family of Karol Bagh. Although Nisha remains the main protagonist throughout the book, the tale in the story is of more than three generations of the Banwari lal Family. The novel discusses and brings to light a number of issues which continue to exist in “modern India” from caste, sexual harassment, gender discrimination, female education, objectification of women, but the main focus of the novel, in characteristic Manju Kapur style, remains Marriage and family. The sensitivity with which the author captures the stigma of Barrenness and desperation of a child is worth applauding.

The believable characters, with their relatable struggles and dilemmas combined with the eloquence and grace of Kapur’s writing make this novel capable of transporting one back to the 1990s and adds to the charm of a tale which is already fantastic , in its scope and narrative. At the end of the book, one feels connected to each and every character of the novel., and while one does feel disappointed and frustrated at a number of characters and events, there is no “villain” at the end of the novel. Home very accurately captures the very spirit of upper Middle class Delhi while exposing the hypocrisy and confusion of “family values” in modern urban India.

All in all, if you enjoy realistic portrayals of families and characters then this is one book that you should definitely read . 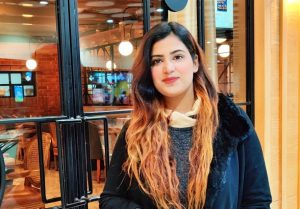 A Voice from Iran